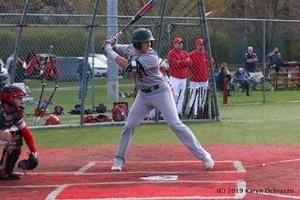 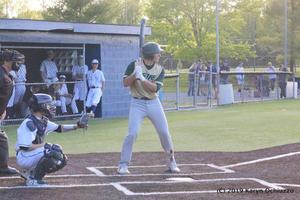 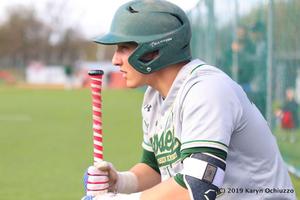 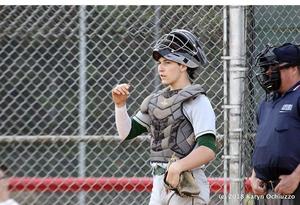 This month the spotlight falls on catcher Nicolas Adamo '20.

The Paramus native is a three-year varsity letterman and will be continuing his academic and athletic career to play Division I baseball at Bucknell University.  Baseball runs in the Adamo family as his brother, James, played Division I baseball as well at LIU Brooklyn.

Adamo has been named one of the three captains on the team including Andrew Mcdermott and Anthony Panissidi. He played this summer for Wladyka baseball, based out of Rutherford. Adamo is the 35th ranked baseball player and 4th ranked catcher in the Class of 2020 in New Jersey, according to Prep Baseball Report (PBR).

Last season, Adamo split time with Socrates Bardastos '19, currently a freshman at Rider University. Adamo contributed in a multitude of ways and whenever his number was called, he delivered.

This year, the position is all his, and he is expected to be a leader not only with his play but how he acts. Before he chose Bucknell, he was considering University of Massachusetts and Misericordia University. He chose Bucknell because "it felt like home."

Playing in the Patriot League requires him to be not only an excellent athlete, but a pristine student as Adamo holds a 3.5 GPA. His work ethic is relentless as he is working on his craft 24/7, constantly in the gym and in the batting cages, when he's not doing his school work.

When asked what he was most looking forward to his season, Adamo replied, "being around my teammates, having fun and taking care of business.”

Some qualities of a captain are being a leader, confident and positive and Adamo displays all of these characteristics, stating, “I believe we have a lot of talent on this team and are poised to make a run in the county and state tournament.”

These two tournaments will make or break the season for a New Jersey high school baseball team. The Bergen County tournament is among the biggest in the state, with a plethora of talent between public and private schools.

Being a part of the SJR baseball team means having a target on your back. The Green Knights are always a contender, having won more county championships than any other school, most recently in 2016.

As a catcher, Adamo plays a vital role in any team success SJR may find this season. The catcher is the most difficult position in all of baseball and one of the more complex in all of sports, akin to a quarterback on the football team. A catcher has to know every sign for each pitcher and all of the bunt coverages. If a ball is spiked or overthrown, they have to lay their body out on the line. Not to mention they have to catch guys throwing 90+ MPH.

So who does Adamo model is game after from an MLB standpoint? "Willson Contreras. He plays the game with a fire unlike any other."

With the possibility of spring sports being canceled due to the coronavirus pandemic, Adamo remains optimistic and hopes all spring sports teams across the country can have their final season for that “one last ride.”