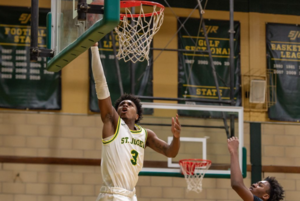 Lans began the year with back-to-back 20-point performances, including 26 points in an opening win over Teaneck.
Original Published on NJ.com on Feb. 18
Full Story ($)

Seven players from New Jersey have been nominated for the 2021 McDonald’s All-American Game.

The game will not be played this winter, but 48 players will be selected later this month and honored with virtual celebrations.

“McDonald’s made the difficult decision to forego in-person Games after consulting with health and safety experts and will honor the 2021 class through a virtual celebration,” the release said. “This decision was made in the interest of protecting the health and safety of student athletes, their families and event staff. However, being named a McDonald’s All American is about so much more than the game; it is a once in a lifetime achievement for high school seniors.”

In the history of the showcase event, New Jersey has produced 45 McDonald’s All-Americans. Ricky Harmon of Middle Township was the state’s first representative in 1977.

Lans is the leader and go-to offensive option for St. Joseph (Mont.), which just started playing games last week. The senior began the year with back-to-back 20-point performances, including 26 points in an opening win over Teaneck. Lans has taken a big step forward this winter and he’s one of the better guards in the state.

Check out the list below to see the 2021 nominees.