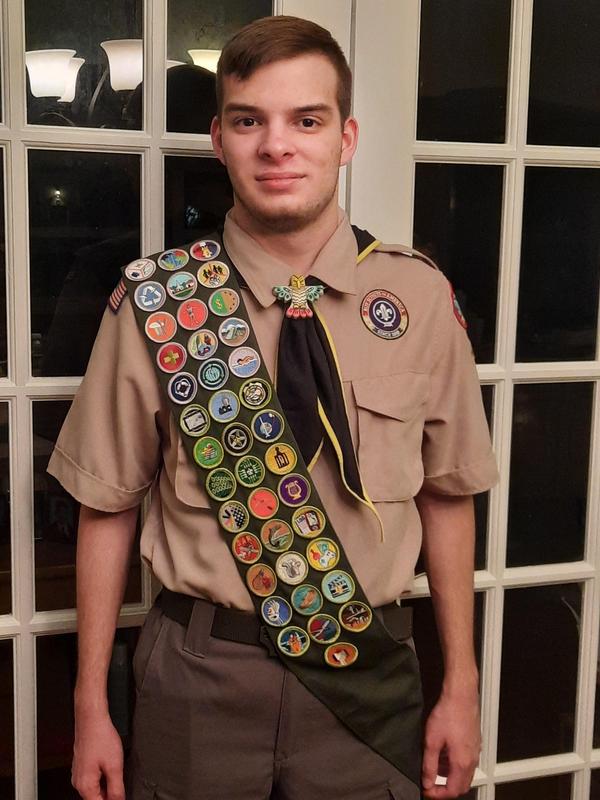 Hroncich earned 40 Merit Badges on is path
Alexander Hroncich '21 had his Eagle Board of Review on March 23 and was awarded Eagle Rank.
As a scout, he earned 40 merit badges while performing six years of BSA summer camps. He also merited the Brotherhood in the Order of the Arrow and served as a Senior Patrol Leader.
For his Eagle project, he expanded a vegetable garden at St Paul's in Ramsey, which feeds those in need. He also built a 5' wooden donation box so people could leave their food donations for another organization that feeds the needy, "St Paul's Food Pantry/Ramsey Responds."
Print