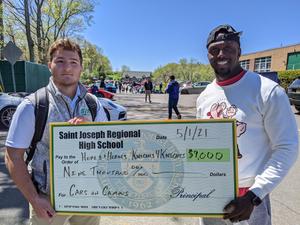 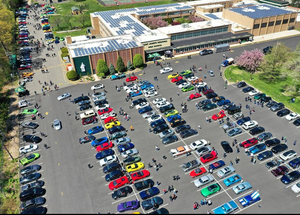 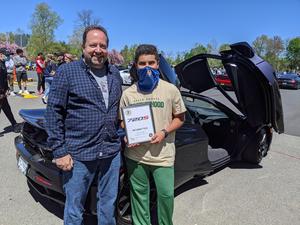 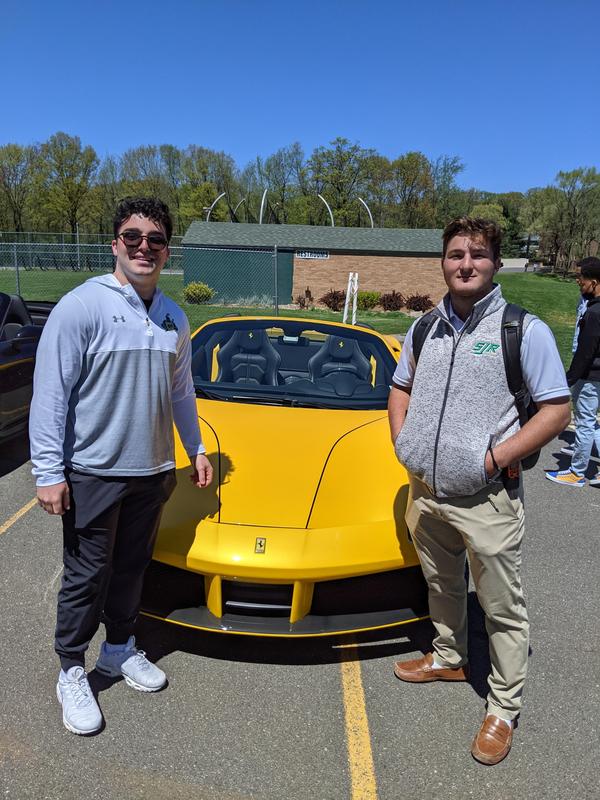 Kurtz '23 and John Connolly '11 lead "Cars on Campus" collaboration
Photo Gallery
On Saturday, May 1, Saint Joseph Regional hosted "Cars on Campus," welcoming a variety of sports, high-performance and classic cars in the name of charity.
The event was spearheaded by Cooper Kurtz '23. Despite not being able to drive yet, Kurtz shares a love of performance and exotic cars with his father and grandfather.
"We've always collected cars and I've enjoyed seeing others at different shows in the area," said Kurtz. "I know they often come together for charity and thought our campus here at St. Joe's was perfect to showcase the event and enable our alumni to come back to school."
While alumni and friends made up much of the audience, the general public was welcome and more than 300 car enthusiasts brought their rides to 40 Chestnut Ridge Road. GS Motor Club, Cars & Caffe and PCNY, all major clubs in the area - joined the fray, with some spectacular rides.
GS general manager John Connolly '11 helped connect the dots between his alma mater and the exotic and classic car communities.
"I've believed the SJR campus was a perfect location for a car show for years," said Connolly. "I was thrilled to be able to make it happen, to bring my club members to my alma mater, and to see success in the name of charity. I cannot wait for future events between GS Motor Club and SJR."
Donations were accepted upon arrival while a raffle was organized with winners earning exclusive rides in some of the nicest cars on the lot. Incoming freshman Vik Olori '25 won a trip in a McLaren 720S with fellow Green Knight Peter Unanue '85.
When all was said and done, nearly $15,000 were divided between two charities - Knights 4 Knights, which provides outstanding financial aid to SJR students, and the Hopes and Heroes Children's Cancer Foundation.
Devin McCourty '05 of the New England Patriots was on hand to accept the check on behalf of the Knights 4 Knights program, headlined by he and his twin brother Jason '05.
The event was sponsored by Lamborghini of Paramus, Race Rally Media, Motorcar Manor, Auto Polishing Center and Hagerty.
Among the cars on site were:
Ferrari 599GTO
Ferrari Enzo
Ferrari F40
Ferrari F430
Ferrari Monza
Ferrari SF90
Ford GT (x2)
Lamborghini Aventador SVJ
Maserati MC12
McLaren 600LT
McLaren 720S
McLaren P1 Senna
McLaren Senna GTR
Mercedes AMG G63 Brabus (1 of 1)
Porsche Carrera GT (x3)
Rolls Royce Black Badge
Print