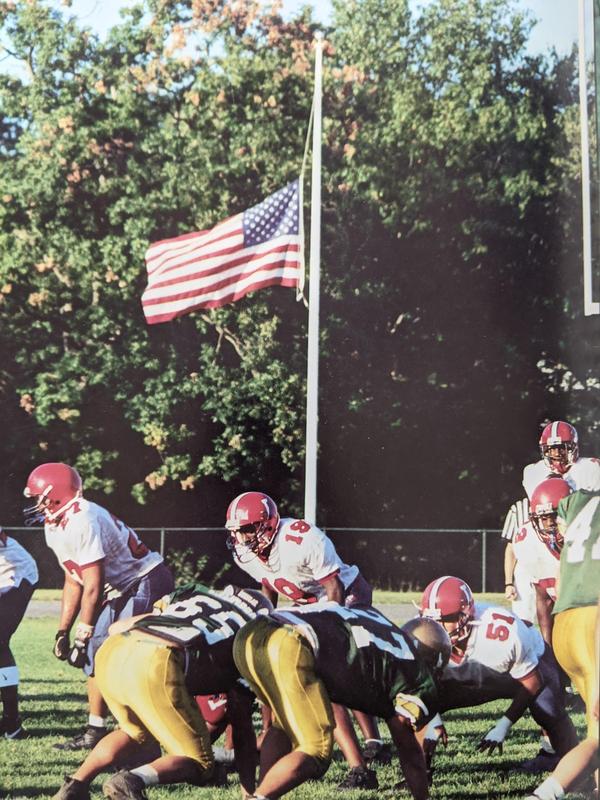 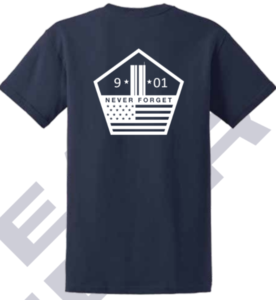 McCarthy '86 Memorial Scholarship Founded
As the world commemorates the 20th anniversary of the 9/11 attacks in 2021, the SJR community has several activities planned for students to learn and recognize the importance of an event that occurred before they were born.
On Wednesday, Deacon Stephen Kern '71 will speak to the assembled student body about his experience on that day. Kern worked for Port Authority Law Offices for 34 years from 1981-2016. He was on the 62nd floor of the North Tower and managed to get out, with 12 of his team members at his side. Kern serves as a docent at the 9/11 Tribute Museum and will communicate his story, speaking of his escape as well as his life of service and forgiveness in the wake of the tragedy.
The video from Deacon Kern's presentation can be viewed on YouTube here.
On Friday, Deacon Joe Sisco led the school in morning prayer and a moment of silence at 8:46 a.m.
In the afternoon, Andrew Giuliani '05 joined the community via Zoom to share his unique story as an SJR freshman working through his first days of class and football season while his father served as Mayor of New York City. The football team tuned in from the Inserra Theater after practice.
To watch his conversation, click here.
On Saturday, the day's activity will center around a home football game against DePaul Catholic. The pre-game festivities as well as the game itself will be live streamed here.
The family of Rob McCarthy '86 will be on hand for the coin toss. McCarthy worked for Cantor Fitzgerald and passed away in the attacks, leaving behind a wife and two-week-old son. The newly-formed McCarthy Memorial Scholarship will assist an incoming student with financial need in attending SJR. Donations can be made at sjrnj.org/mccarthy/.
A flag that flew over Afghanistan, gifted to the school by USAF Pilot Patrick Ober '86, will be on display outside the merchandise shack.
Leading the team on the field will be a pipe/drum combo of Brendan Hogan (DEA) and Lt. Kevin Schade (Bergenfield Fire) as well as a color guard including our own Jack Laux '24 and Aidan Huvane '25, both members of BSA Troop 109 in Hillsdale.
The Montvale Fire Department will have a truck parked at the field in support of the Green Knights, courtesy of Lt. Michael Cintineo '06 and Daniel Demarest '07.
In addition, "Never Forget" t-shirts were sold to students on Friday as the student section hosts a "USA Out" game. All profits will go toward the McCarthy Scholarship.
Print