Student of the Week: Brendan Neafsey '23 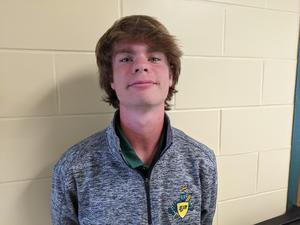 Brendan Neafsey '23 does all he can to get involved at SJR. A four-year member of the soccer program, he has grown into one of the most active Gold Ambassadors in Mr. Asselta's program.
Neafsey handles social media at Open House and other events, while hosting the occasional Knight for a Day and helping out wherever needed.
In the classroom, he is enjoying AP Psychology with Mr. Stoto, even considering a minor in the subject to complement his intended major in international relations/political science.
A native of Oakland, Neafsey has been involved with the Union County Irish American Association through his father and volunteers annually in their St. Patrick's Day parade.
Nominated by Mr. Stoto.
Print