Bio:
Cesar Aguero is a 1996 graduate of Cardinal Hayes High School. After graduation, he attended the College of St. Rose in Albany, NY and studied Spanish - Adolescence Education.  But due to unforeseen circumstances, he ended up not finishing his degree and pursued a career in the Army.

Cesar proudly served his country as an Army Military Police Officer.  Throughout his service he also used his Spanish speaking, writing, reading abilities to serve as an interpreter and translator.  The Army provided Cesar with the opportunity to travel to many countries around the world.  He was deployed to Iraq in support of Operation Iraqi Freedom from January 2005 until January 2006.  After 13 years of service, it was deemed best to medically retire Cesar because he could no longer physically fulfill the job as a Soldier.

During his time in the Military Cesar attended Central Texas College and successfully completed an Associate Degree in 2007.  He then attended Excelsior College and successfully complete his Bachelor of Science in Liberal Arts with a concentration in Spanish and Criminal Justice in 2012.  Cesar retired from the Army in 2013 and he returned to school to take some refresher courses in the field of Education.  In 2014, he accepted a position as a long-term substitute teaching Spanish 9-12 for Lampasas High School in Lampasas, TX.  In 2015, he attained a Probationary Teaching Certificate and began working as a Spanish Teacher 9-12 for Hendrickson High School in Pflugerville, TX.  In the summer of 2016 Cesar and his family relocated from Texas to New Jersey to be closer to family.  From 2016-2018, he was the Middle School Spanish Teacher for Mount St. Michael Academy in the Bronx.  In 2018, he gladly accepted a Spanish Teacher position at St. Joseph Regional High School.  Cesar completed a Master of Science in Teaching from St. Thomas Aquinas College in December 2018.

New York, NY (Washington Heights) both his parents are from the Dominican Republic.

Teaching philosophy:
The field of education provides purpose and fulfillment.  As a teacher when a student demonstrates an understanding that is the ultimate accomplishment.

Fun Fact:
Iraq is not all desert.

When I’m not at SJR you’ll find me:
Spending time with my wife Amis, my daughters Anaiis & Analia, and my son Elias.

Ask me about:
My time in the Army.

I like to work at SJR because:
Since day 1 St. Joe’s has felt like I’ve worked here for years, I felt like I was at home.  The other teachers and staff have been very helpful and the students have been friendly and respectful.  Ensuring the development of the next generation of faithful men has been great and I look forward to being part of it for many years to come. 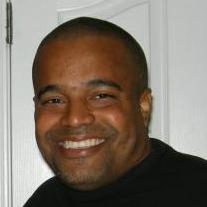