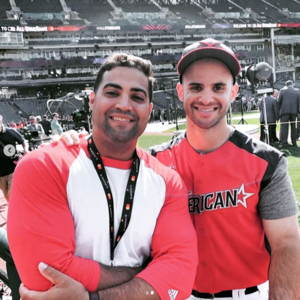 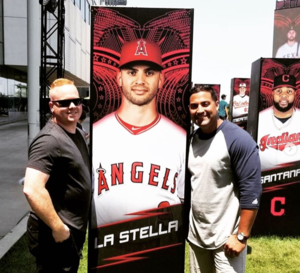 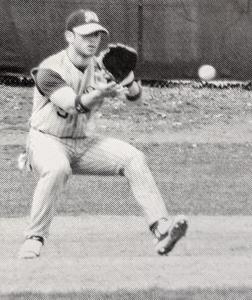 Tommy La Stella '07 earned his first trip to the MLB All Star Game in 2019, batting .300 with 16 home runs for the Los Angeles Angels.
La Stella, who helped the Chicago Cubs win the 2016 World Series, was traded to LA in the off-season and hasn't looked back. The utility infielder has found split time between second and third base, knocking in 44 runs through 78 games and managing an .848 OPS.
The Closter native was selected to participate based on a vote of his peers. The MLB player vote designates the All Star team after the fan vote selects the starters.
Unfortunately, La Stella suffered a fractured tibia on July 3 and could not participate in the mid-summer classic on July 10, but he did attend the event. La Stella, and teammate Mike Trout, wore #45 on their All Star uniforms in memory of Angel pitcher Tyler Skaggs who passed away unexpectedly in his hotel room on July 1.
La Stella, a former First Team All State player who batted .535 as a senior with six home runs and 38 RBI, was joined in Cleveland by a pair of his SJR teammates Anthony Estevez '07 and Ryan Spicer '07.
Print