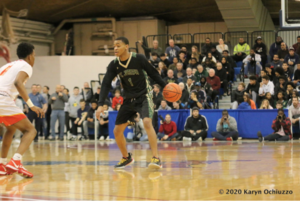 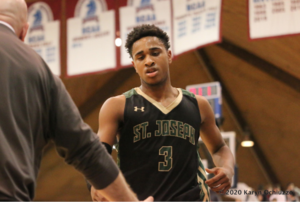 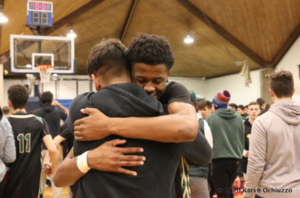 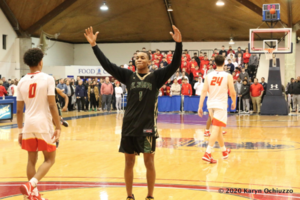 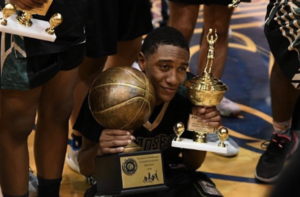 On February 28, the St. Joseph Regional basketball team took the court against rival Bergen Catholic to compete in the Bergen County Jamboree championship. After a blowout loss in the state championship game in 2019, and two losses this regular season, the Green Knights sought vengeance. Having not won the Jamboree since 2016, the team looked to make its statement.

The Green Knights came out strong in the first quarter closing out with a 18-17 lead. Senior Nazir Williams led the way with 10 of the Green Knights' 18 points. Bergen Catholic gained momentum in the second quarter and  closed out the first half leading St. Joe's, 33-30.

After a halftime regrouping, SJR surged, taking a 40-35 lead halfway through the third. By the end of the third quarter the Green Knights led Bergen, 48-42.

After a long 4th quarter, Williams put the game away with two free throws in the final seconds, letting the crowd know his excitement with a shimmy at the free throw line as the clock ran down.

At the end of the game St. Joes had bested Bergen Catholic 67-61.

This was more than a rivalry game. For the fans, it was a great experience to see their team on top, but for the players it was more personal.

Williams had lost seven straight games to Bergen Catholic. He exclaimed how great this win felt, finally being able to add this title under his belt.

Junior Malcolm Capers, who transferred from Bergen Catholic in 2018, saw this game as all business.

“All I ever wanted was to have a chance to compete against, and beat Bergen and Coach Billy and I was able to do that. Probably the highlight of my year!"

Capers used the nerves of the big moment to his advantage on the court. “I was locked in and ready to take care of business. This team was more complete than almost any other at Joe's. We had players willing to lay it all on the line and all of us specialized in different things, it was the perfect combo.”

Senior Dyree Rogers knew this was his last go-round and wanted to go out with a bang. “Running into the student section after the win was the best feeling I could've asked for. When nobody else believed, we did and that made the win that much better.”

Rogers credited the team's unbreakable chemistry with leading to their success, "We were close on and off the court and always knew when to turn the switch on. There was never a dull moment with this team.”

This win will be one for the history books for the Green Knights and Coach Michael Doherty '82. The celebration between the players and their classmates exemplified the true definition of a brotherhood.