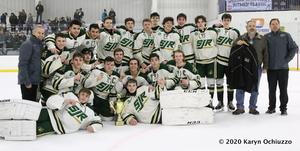 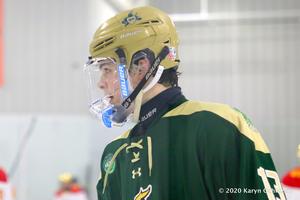 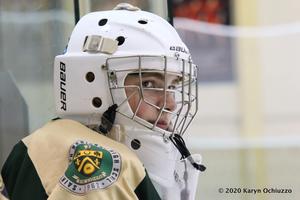 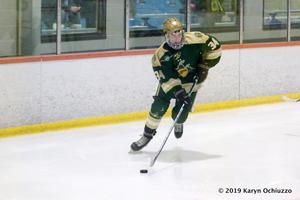 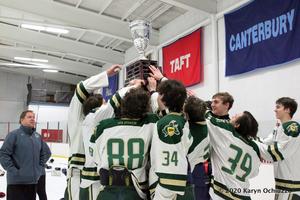 The Green Knights had previously competed in the Gordon Conference from 1985-2000, winning the title in 1986, 1990 and 1992. Since 2000, SJR has competed in several different leagues, most recently the Big North and Egan Conferences. The program captured both league championships in 2020.

"This opportunity became possible due to the recent success and leadership of Larry Mahurter,” explained Director of Athletics Damion Logan ‘96. “Coach Mahurter has developed an outstanding program. It is time for the Green Knights to advance to the Gordon Conference.”

“Our Gordon Conference is elated that Saint Joseph Regional will be joining the premier scholastic league in New Jersey,” said NJIIHL President Patrick Genova. “SJR’s addition will enhance the level of play even further while the existing Gordon schools look forward to the additional competition.”

The program will begin Gordon Conference play in November 2020. The team will continue to participate in the Bergen County Tournament as well as travel to New England for a pair of out-of-state games.

“We’re excited to take the next step for our team and our school,” said head coach Larry Mahurter ‘87. “The hard work and success of our student-athletes these past few seasons have laid the foundation for our program’s continued growth in the Gordon Conference.”

“Our return to the Gordon Conference represents a significant commitment to athletic excellence on the ice,” furthered President Kevin McNulty ‘78. “We look forward to exciting competition next winter.”

Saint Joseph Regional High School is a college preparatory school for young men. The school strives to develop - mind, body, and soul - the full potential of all its students in a nurturing Christian environment in the tradition of the Xaverian Brothers, as informed by the Gospel of Jesus Christ. We seek to graduate the Vir Fidelis, the "Faithful Man," who thinks critically, acts responsibly, leads ethically, serves generously, and emulates humbly the example of our patron, St. Joseph.