Marc Rivera ‘20: From the SJR Stage to Law and Order SVU 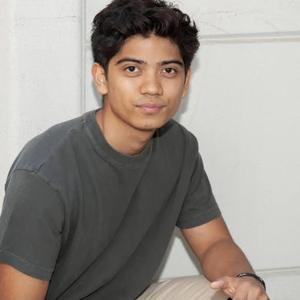 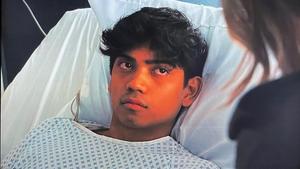 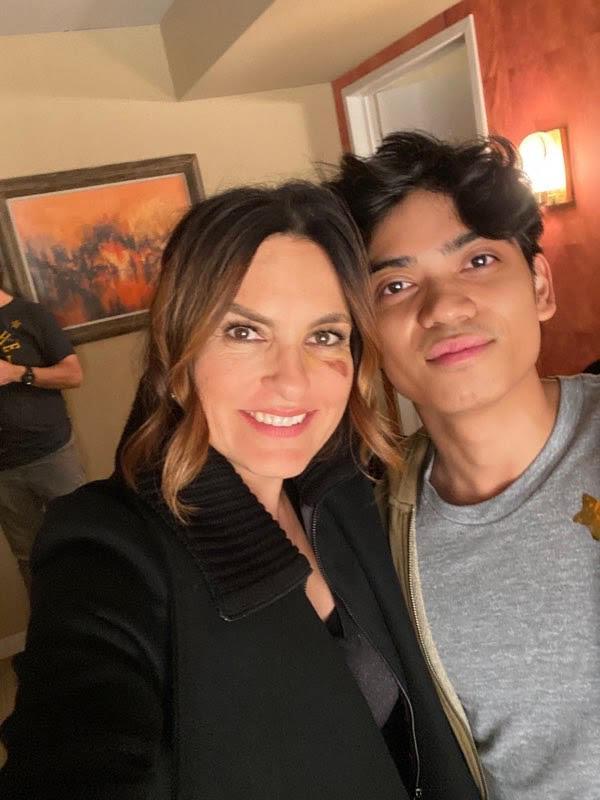 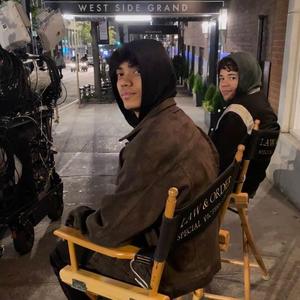 Marc Rivera ‘20, perhaps most well-known at SJR for his celebrated series of performances for the SJR Performing Arts Department, has landed a role on Law and Order SVU as Fugazi, a member of a street gang known as the BX9. This news not only comes as a pleasant surprise to the SJR community, but serves as a testament to Marc’s talent, as well as the exceptional theater department where Marc got his start.

Rivera, who is a junior at Syracuse University majoring in Communications Design, said the opportunity came to him this fall.

“It all happened surprisingly quickly,” he said. “I received a self-tape audition for the role from my acting agent back on October 21. Ten days later, after getting a callback and being offered the role, I was already in NYC preparing to shoot, doing a read-through with the cast, getting Covid tested, and having a wardrobe fitting.”

Rivera plays Fugazi, a teenager who is a member of the BX9, a street gang, that was coerced into seeking revenge for the NYPD's actions against his friends. In the first episode, he attacks the main character, Olivia Benson [Mariska Hargitay], who is with her son outside their apartment. He ends up shot in the leg, and is later rushed to the hospital as he is septic with the bullet still in his knee. After surgery, he wakes up to Olivia Benson staring right at him, saying "Remember me?" The first episode ends on that cliffhanger so you will have to wait to see what happens on the show. This episode marks the first part of a trilogy that will continue in "Soldier Up" and conclude in "Blood Out."

The episodes were shot from the end of October to the middle of December. Most of the scenes were shot on set at Chelsea Piers. But scenes filmed outside were shot all over NYC including The Bronx and Yonkers.

“Every scene varied in shooting times but each took a couple of hours,” Marc said. “After rehearsing and getting ready, we would shoot multiple takes from multiple camera angles. The one 15-second scene at the end of Episode 10 where my character just woke up from surgery took almost three hours to film, and I had to lay on that hospital bed the entire time.”

Marc said, “The experience was life-changing and one that I will never forget. It feels like being part of something that is way bigger than yourself.”  He credits the cast for their generosity in welcoming a first time actor to their set.

“Not only is SVU the longest-running primetime drama in television history, but Mariska Hargitay’s Olivia Benson is the longest-running female character in television history.  Working with her was an incredible honor. After telling her how this was my first acting job, she was quick to make me feel welcome and offer to offer me any advice during scenes. She is also very funny and has a way of lighting up any room she walks in.”

“I also got to meet and do some scenes with other series leads like Octavio Pisano, Molly Burnett, and Ice T, who was even nice enough to bring in donuts for everyone on set one day. The entire cast and crew were extremely kind and welcoming.”

Marc hopes his role will lead to others.

“SVU was my first professional acting job.  In fact, the last time I performed before this was on the SJR stage in 2020 right before the pandemic [as Gomez in The Addams Family].   I've auditioned for multiple projects during and after filming for SVU but have yet to hear back from anything. However, considering it did take me several years and countless auditions to finally land a role, I like to keep my expectations balanced. Filming SVU on top of auditioning for other things while also keeping up with school remotely was probably the busiest I have ever been, so I am enjoying having nothing pending at the moment.”

“I would just like to thank John Asselta for everything he's done,” Marc concluded. “Not only has he given me so many amazing opportunities at SJR and beyond, but he was the first person to really believe in me and help to realize my full potential. I can confidently say that I would not be where I am today without him.”